This year I made a decision, a decision not be to scared by fabric. For a couple of years now I’ve had some gold satin I brought back from Vegas in my stash and I’ve been so scared to use it having never worked with anything like that. This year it’s my tenth (?!) wedding anniversary and I thought it would make the loveliest dress for our celebratory meal out.

I picked McCalls 6569 for the pattern; a gorgeous sixties evening dress with a matching jacket. I’m not so sure I’ll have time to make the jacket but the dress looked simple enough with my time constraints. 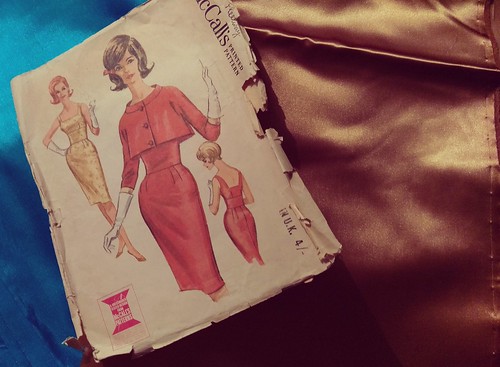 The first thing I did was post in the We Sew Retro Sew & Tell facebook group to ask for tips, it’s one thing I LOVE about the sewing community, you have a wealth of experience and advice online in a group like that and people are only willing to help and wish you luck. So armed with my new found advice I bit the bullet and cracked on. As you may have noticed I don’t often make muslins of my clothes but as I was working with an unforgiving fabric I thought I probably should get it right the first time, as a seam ripper might not be the best friend it previously had been to me. I measured up, perfect in the bust but 2 inches bigger on the waist and 4 on the hips (not live I’ve had a baby in the last year or anything….). It was going to need a little adjustment. 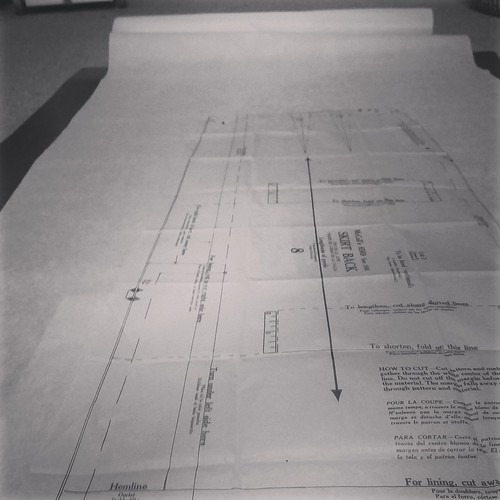 I used the pivot method for the hip adjustment and added extra at the waist thinking I could figure out adjusting the darts as I went. 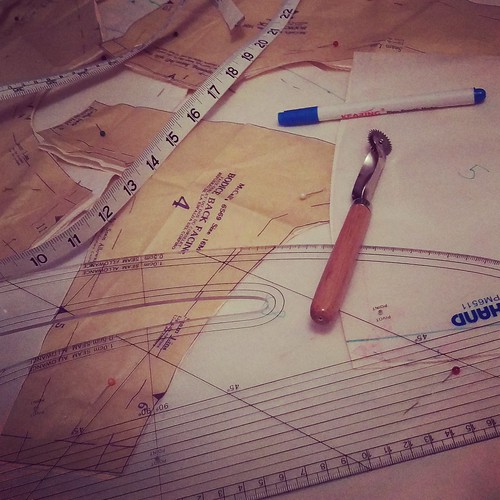 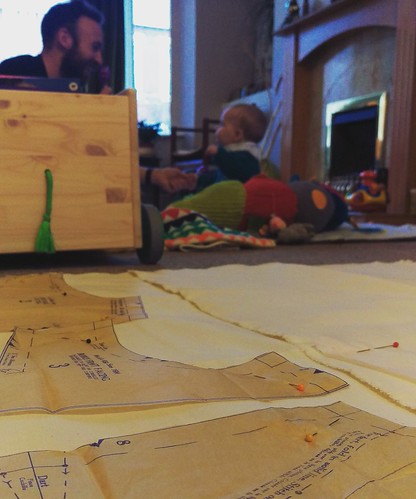 New pattern pieces made, I cut and marked everything out in calico, ready to sew my mock up. Well this is where everything went quiet for a week as my little one ended up being ill, so it’s meant that every night for the last week I’ve been furiously sewing to get everything completed after his bed time.

The muslin went together bit by bit and I was overall quite happy with how it turned out…. apart from ordering an open ended zip (I blame the lack of sleep) and I forwent the hemming as that can be done on the real thing later. 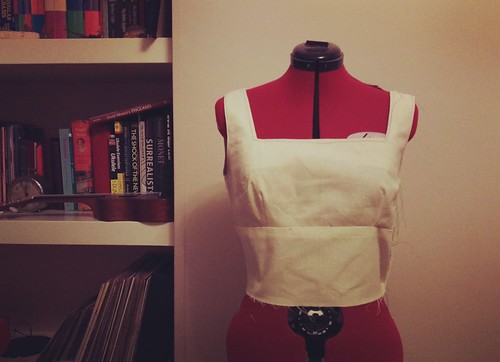 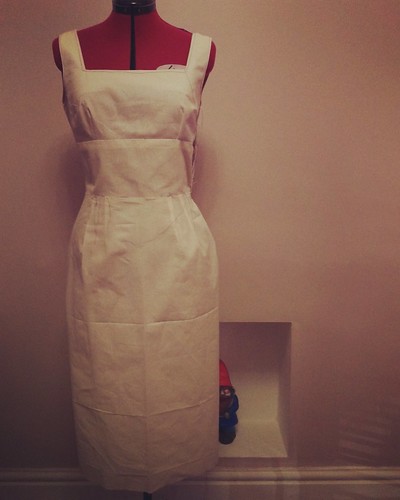 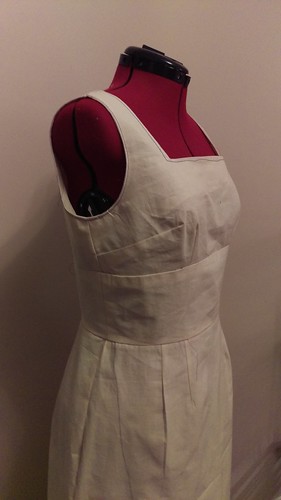 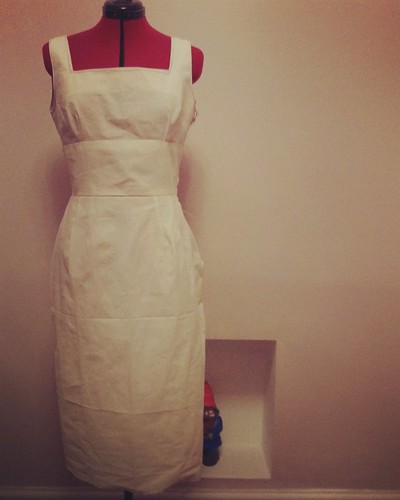 The only other thing (that I am slightly concerned about) is lining the dress. There are instructions but having never lined anything before I’m hoping that it’s easy enough and wont take up too much time as I’ll probability be sewing right up until the last minute with this.

So here it is muslin complete and on to the real thing – wish me luck! 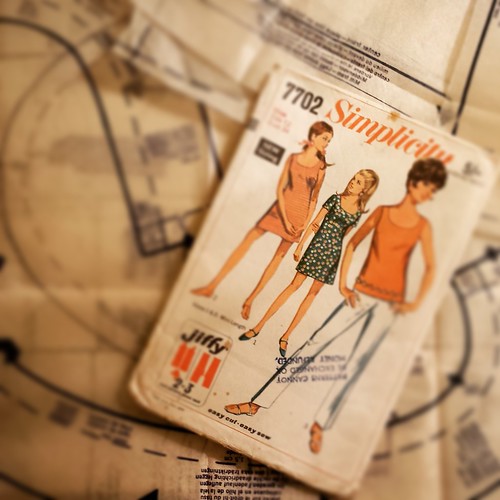 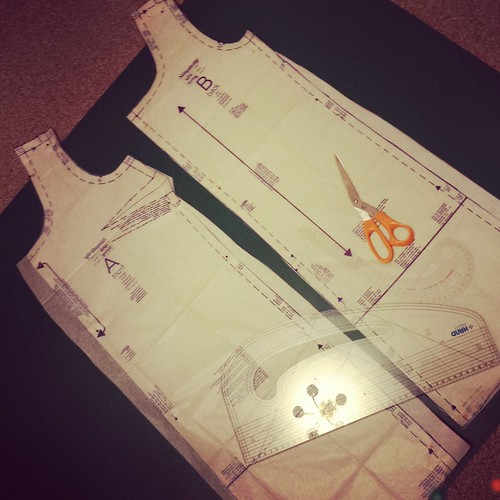 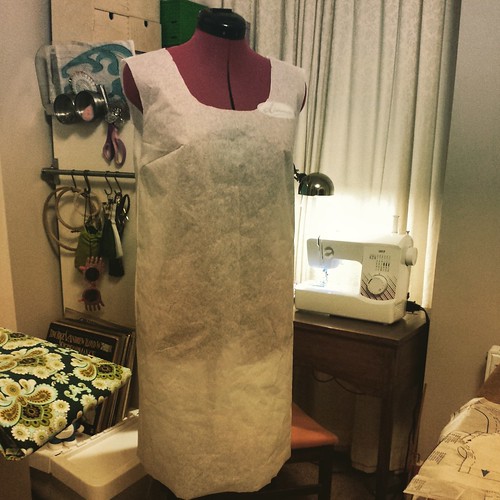 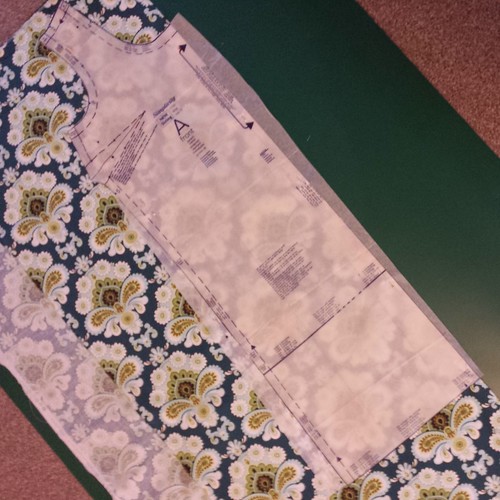 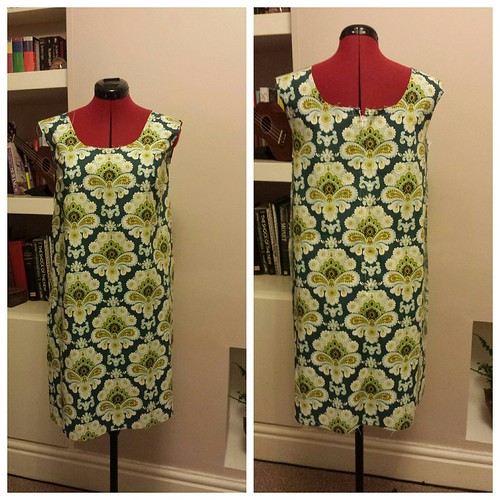 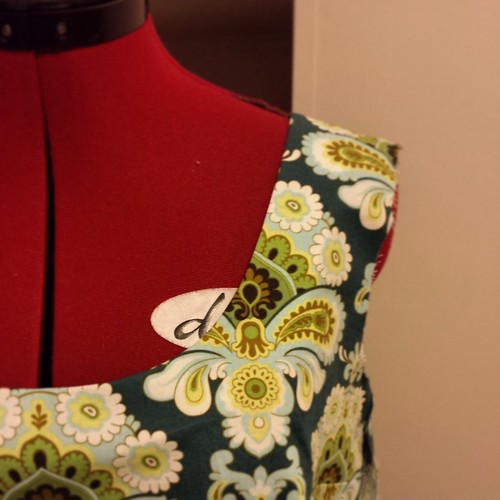 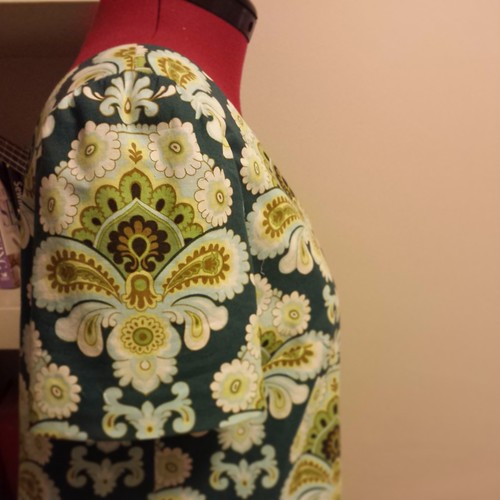 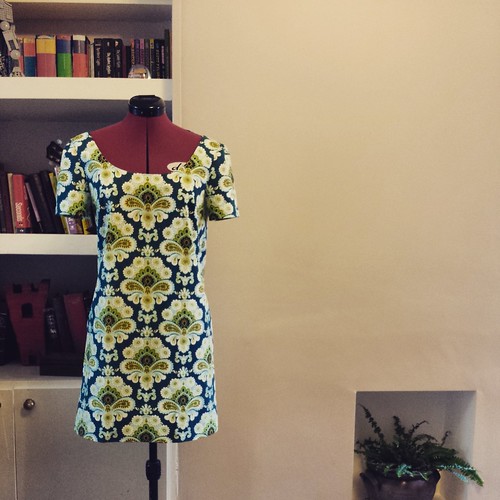 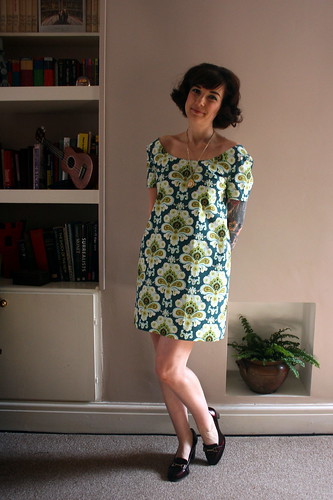 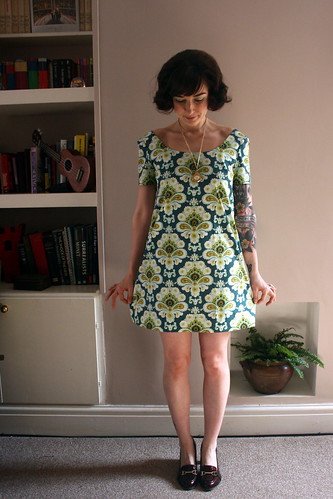 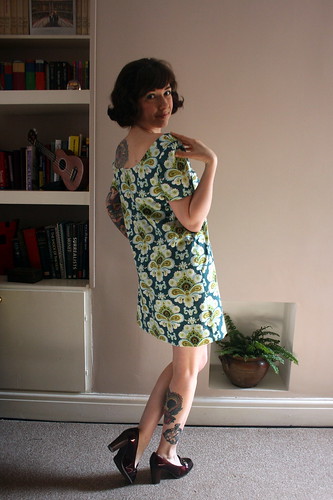 I appear to have somewhat of a pattern buying problem at the moment.

I’ve recent added these beauties to my collection:

And I have also added these two. Tim thinks they’re horrible but I’ll be the one laughing when I’m all snuggled up in winter in a lovely flannel gown!

Can you give the below 2 patterns a good home?

The first is this Simplicity 6197 Bust 44. It was advertised on wrongly on ebay as B34 so I don’t think I’ll use as it’s it’s quite far off my measurements. More details can be found here.

I haven’t checked the pieces but in the original listing it said they were all there.

It’s brand new and uncut. More details on the pattern and sizing can be found here. As far as I am aware this pattern is now out of print.

When I first started to get into vintage clothes I was very much in love with 40s designs but I’m more partial to late 50s -60s rather than earlier now so I don’t see myself making this up at any point.

If you’d like either of these patterns please comment below (with Simplicity and/or Vogue in the body of the text)  by 28th July,  follow my blog and I’ll announce the new owners on here on  31st.

I’ll be using a random number generator to pick the winner/s.